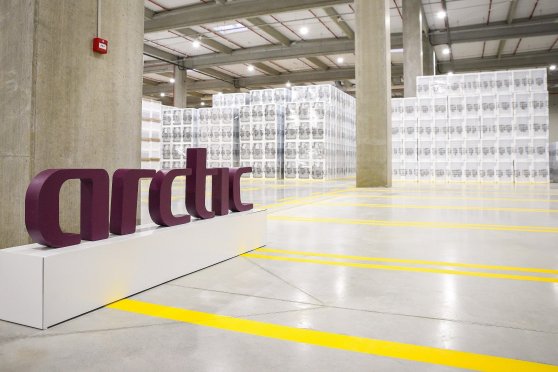 Arctic Company, the leader of the Romanian home appliance market, supports the fight against the crisis generated by Coronavirus and donates 50 washers and dryers and 25 refrigerators to hospitals in Romania and to first line medical staff.
One of the situations faced by the medical personnel in the country is the cleaning of the medical uniforms in safe conditions, without this becoming a source of infection for them and their families. The washers and dryers and the refrigerators offered by the Arctic company will go to the Romanian Red Cross, who will distribute them to hospitals in Bucharest and in the country, helping doctors protect themselves against Coronavirus epidemic.The transport of the products to the Romanian Red Cross was made in complete safety conditions, using hygienic cars, from the company’s own fleet, and the drivers who operated these transports were equipped with gloves and protective masks during this time.Being a major player in the home appliance market, Arctic Company is actively involved in the communities in which it operates. The solidarity and the responsibility for the safety of the employees, partners, clients and all the members of the community are one of the company’s top priority. Arctic Company is following the official recommendations made by the Romanian local health authorities and is adapting constantly required changes to its internal policies and actions plans through the Crisis Management team.***About ArcticArctic, the leader of the Romanian household appliances market, is one of the strongest companies in Romania and at the same time one of the most important employers and exporters of Romania. With approximately 4,300 employees, the company exports 83% of the total production to over 85 countries.With a history of almost half a century, Arctic has been part of the Arçelik group since 2002, a period in which both its turnover and production capacity increased significantly.The company owns the largest home appliance factory in continental Europe, with the Gaesti unit producing up to 36 million refrigerators to date. It also owns the only Industry 4.0 factory in Romania and one of the few in Europe, the factory in Ulmi, Dambovita, with a production capacity of 2.2 million units per year after the end of the investment.About ArçelikFounded in 1955, Arçelik is one of the leading players in the electronics and home appliances industry. The company is present in 146 countries, has 30,000 employees, 23 production units in 9 countries (Turkey, Romania, Russia, China, South Africa, Thailand, Pakistan, India and Bangladesh) and 35 sales and marketing offices worldwide.The company owns 12 brands (Arçelik, Beko, Grundig, Blomberg, ElektraBregenz, Arctic, Leisure, Flavel, Defy, Dawlance, Voltas Beko, Altus) and is listed on the Istanbul Stock Exchange.www.arcelikglobal.com.

This site uses Akismet to reduce spam. Learn how your comment data is processed.