Stating that the tech company has launched a series of appliances that have inspired the industry to rake new approaches, Song vowed to keep performing its trendsetting role in the business. 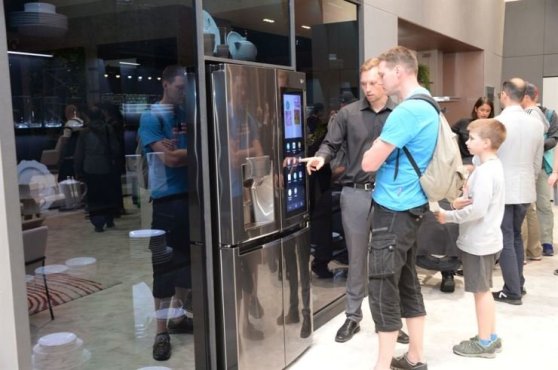 “When we first launched the Styler, we were not sure whether the steam closet would do well. But an increasing number of consumers are recognizing the value of the device and now our competitors are rushing to roll out similar products,” Song told reporters during a press conference.

LG also has been a fast mover in releasing appliances that connect with each other through internet of things (IoT) technology. Though he has witnessed that many late starters are trying to catch up, Song said such moves were welcome because they helped expand the industry scope.

“As seen in a race, the frontrunner can have broader horizons. We came up with the concept that our appliances get connected with others faster than other companies and could establish brand awareness as an industry leader,” he said.

“There has been growing uncertainties over our business due to external factors such as the U.S.-China trade feud. To cope with such difficulties, we will continue to offer differentiated premium products and technologies. I think this is the way we can win over consumers’ hearts and minds,” he added.

Song said the IFA could provide a glimpse at how its competitors are doing and pointed to Haier, a Chinese home appliance maker, saying it has achieved impressive growth in recent years.

“Chinese makers such as Haier have attained impressive growth in recent years. They are rushing to release products that have features similar to Korean makers. But I think there is still a long way to go for their hardware capabilities to catch up to ours,” he said.

In reaction to the rapid growth of the Chinese makers, Song emphasized LG has to work on retaining its premium position by focusing on offering more valuable products to customers.

“It is not significant to talk about how many appliances we sell. The important thing is we have to establish brand awareness with our premium products so that we can be in the hearts of our customers,” he said.

Speaking of the European market, known as one of the world’s most lucrative, Song said LG has the potential to attract more customers there with its competitiveness in AI and IoT technologies.

“There are many home appliance powerhouses in Europe. For a long time, European electronics makers have been focusing on producing appliances while LG has been making various products in other categories.

“Though European makers are trying to pursue IoT and AI technologies, we have a comparative advantage in these emerging technologies. Based on the competitiveness, I think we will be able to make a success in Europe,” he said.

This site uses Akismet to reduce spam. Learn how your comment data is processed.